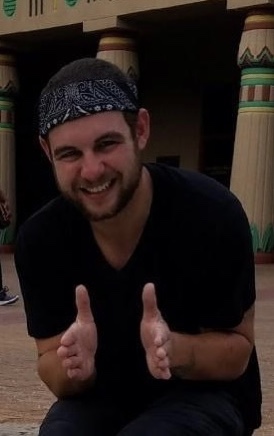 Christian always marched to the beat of his own drum, never backing down from what he believed.  He could be stubborn and headstrong, but was adventurous and had a good heart.  He treated everyone the same if they were the CEO or a homeless person on the street.  He would often buy food for homeless people that crossed his path, never expecting anything in return.  He also had a special place in his heart for animals, especially dogs.  He would feed/rescue a dog even if it meant he went without.  He also rooted for, and sometimes even fought for the “underdog”.  He enjoyed baseball and played for several competitive teams growing up, most often playing the position of catcher.  He was always passionate about winning and gave every game 110%.

Christian loved his family dearly and would do anything for them.  Although the number of friends he had wasn’t abundant, the love his heart held for them was.  To him, they weren’t just friends, they were his family.

Christian served in the Army National Guard from April 2013 until April 2018.  He was employed by Bluff City Stoneworks.

In addition to his mother, Christian is preceded in death by his maternal grandfather, Don Clarkson, and his beloved dog, Bella.