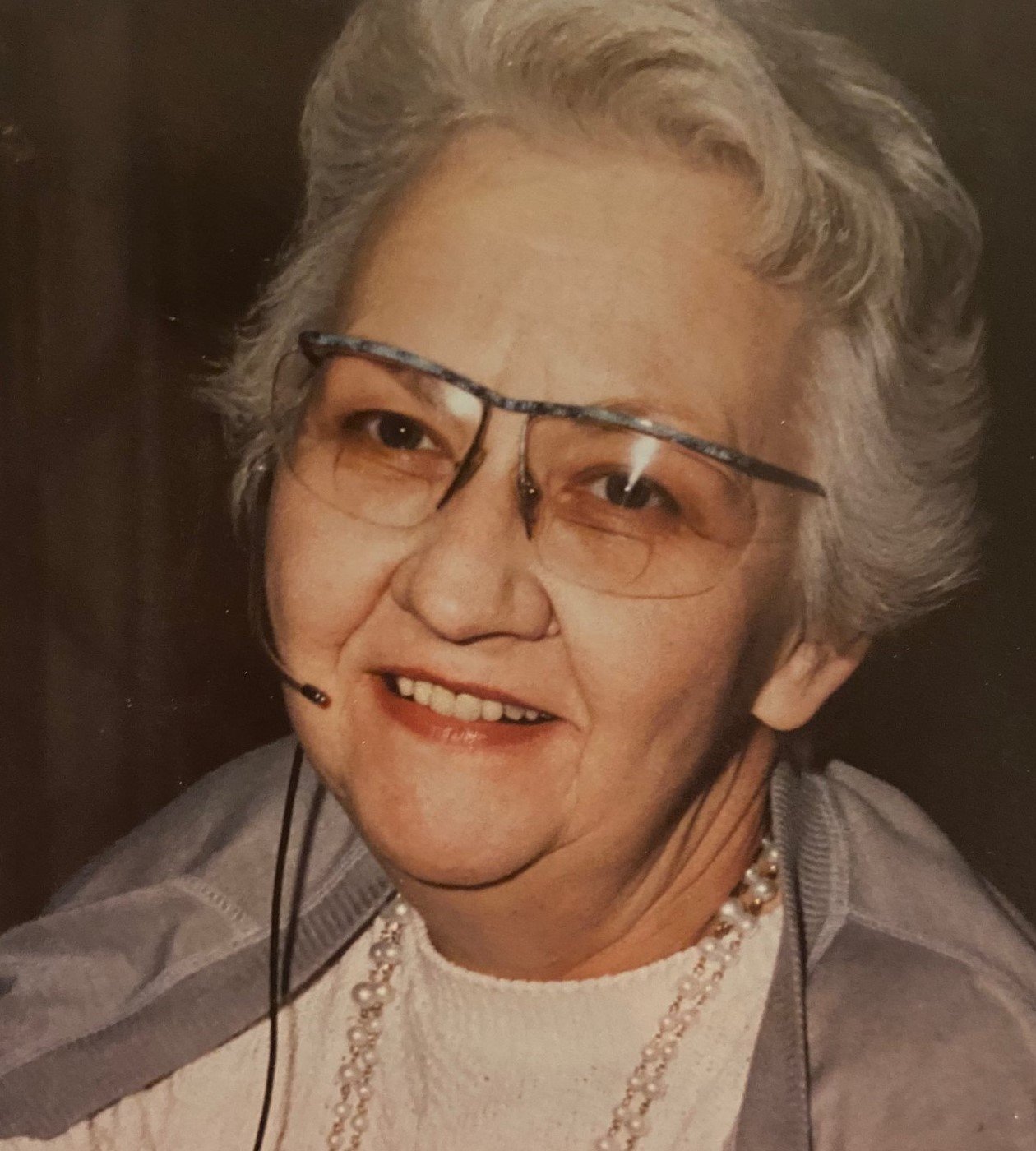 She had many names. Anna, Mama, Annie, Aunt Ann but she was Mimi to her grandchildren.

Mimi never met a stranger— a family trait shared by her only sister and seven brothers.  She could strike up a conversation anywhere with anyone. Grocery stores. Restaurants. Hotel lobbies. Ladies rooms.  It didn’t matter where she was—she loved people and her friendly unassuming way put them at ease.  More than one family member can tell a story about having to “move her along” as there was a schedule to keep.  She would turn to her newly found friend and wish them well.

Mimi loved to watch SEC sports and pulled for Ole Miss but also became a Mississippi State fan when her youngest grandsons enrolled there!

She celebrated the seasons and looked forward to each one with great anticipation!  She loved football season and bowl season. Basketball season would find her programming her tv so she wouldn’t miss the games she wanted to watch. March Madness was a favorite and she was ready and waiting with a completed NCAA championship bracket.

She loved baseball season the most!  Her lifelong passion was St. Louis Cardinals baseball.  An avid fan,  she was introduced to the game at an early age by her grandfather.  Together they listened to the games broadcast on KMOX, a St. Louis radio station.  Stan ‘the man’ Musial was her all-time favorite player.  Even at 84 years old— she could recite Cardinal baseball stats and player histories that would impress any seasoned sports writer.

On the birthdays of close family members and friends, she made sure to call the lucky recipient to serenade Happy Birthday to them. The smart ones would see the caller ID and let it go to voice mail so they could save her birthday greeting and then quickly follow with a call back to her to continue the conversation!

She was generous.  She was kind.  She was funny. She was the life of the party.  She loved to dance.  And within her inner circle, she could be hilariously irreverent.  They know who they are!!

She lived life very well— Loving easily and unconditionally!  She will be greatly missed.

Thank you Mimi for the memories. There are so many memories. XOXO until we meet again.

Due to Covid-19 mandates Twin Oaks Memorial Gardens & Funeral Home is not allowed to release service details. All services are considered private services and limited to the State of Mississippi and federal mandated number of guests. We understand the difficulty of this situation but must adhere to the mandate for the safety of our guests and staff alike.