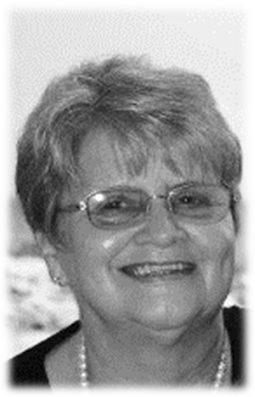 Brenda Joyce Brunner, 75, of Southaven, left this world peacefully on April 21, 2022, after a courageous battle with cancer.  She was surrounded by loved ones who will continue to honor her legacy by living their lives to the fullest.

Brenda was born to Herman and Hannah Harless on June 5, 1946, in Mullins, West Virginia, the oldest of eight children. She attended Meadow Bridge High school, where she served as co-editor of the school’s annual and was a member of the Thespian Society, 4-H, Journalism and Latin Clubs.  She was also voted “most dependable” by her peers her senior year, which continued to define her throughout her life. After graduating, Brenda relinquished a local journalism scholarship to chase her dreams in the big city of Washington, D.C. where she met the love of her life, Larry Brunner.

Brenda was a caring wife, mother, grandmother, sister, aunt, and friend. She had an amazing sense of humor and contagious smile. Brenda treasured watching her children play sports when they were younger and attended just about every game, which was quite a feat with three kids, all close in age.  She never had “a favorite”, always extremely proud of each of them throughout their lives.  One only had to look at Brenda’s social media posts to see her views on current events and how much she adored her grandchildren, because many of her posts outlined the special occasions she lovingly shared in their lives.

If Brenda set her mind to do something, then she made it happen, whether it was teaching herself to swim or going back to school to become a computer programmer. She always pushed herself to be the best throughout her career. She retired from FedEx with over 25 years of service where she programmed complex revenue systems.

Brenda loved deeply, which is why she was known as “Mama B” by family and friends.  You always knew where you stood with her. She often opened her door to friends to attend Thanksgiving and Christmas Eve at her house, because they were family to her.  Mama B enjoyed cooking and was excellent at it even though she never followed a recipe!  For fun, she enjoyed cruising in tropical destinations, theme parks, and relaxing vacations in the mountains.

It would be wrong to say that Brenda lost her battle with cancer because she never stopped fighting. No matter how sick she was, she was always determined. When many would have broken, Brenda stayed strong. Through her, we know what resilience and perseverance truly look like. There was no quit in Brenda.  Cancer did not take her dignity as she always dressed sharp, wore her bling shoes and pearls as often as she could!  If you knew Brenda, you know that her devotion to family and friends was unsurpassed.  The world was a better place with Mama B in it.

Still remaining “in charge”, Brenda requested a private service with her family.  Naturally, the family will honor her wishes and request that in lieu of flowers, donations be made in Brenda’s memory to Leah’s House Restoration Home For Adult Women (leahshouse.com) or P.O. Box 1833, Southaven, MS 38671.

Honoring the wishes of Mrs. Brunner the family has selected to have a Private Service in her honor

Memorials in lieu of flowers, donations be made in Brenda’s memory to Leah's House Restoration Home For Adult Women (leahshouse.com) or P.O. Box 1833, Southaven, MS 38671.