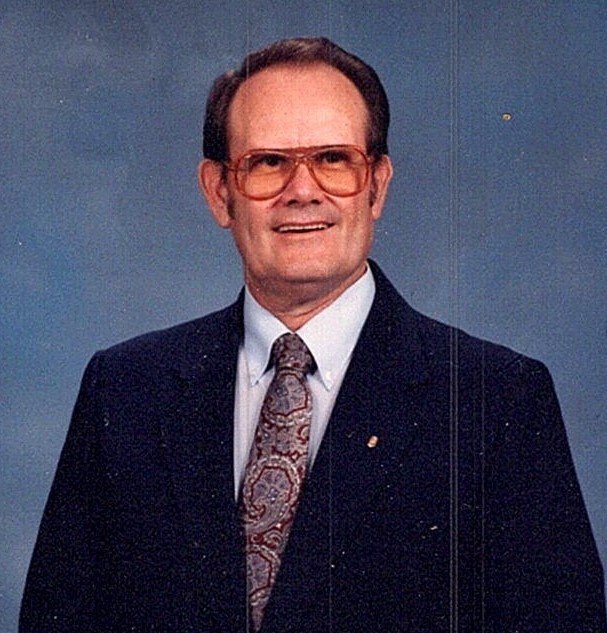 Charles A. (Augusta) Thomas, passed away September 21, 2019, at the age of 85. He was born August 10, 1934, in Sarah, MS, the middle child of Eugene Lamar Thomas and Ellen Vashti Thomas. Charles graduated in 1953 from South Side High School in Memphis, TN. He started working at the age of 15 for Southeast Motor Freight as a manifest clerk. He eventually worked every job in the freight industry prior to his retirement in 2014 at the young age of 80. He was the co-owner of Thoma-Hawk Cartage in the early 80s. He wore many other hats in his lifetime as well. He helped bring Little League baseball to the Southaven/Horn Lake area in the 60s, he was one of the original volunteer firemen for Southaven prior to its incorporation but probably the activity that he was most proud of was his time as Scoutmaster of Boy Scout Troop 347 at the Southaven United Methodist Church. He served as a mentor to many young men and was an excellent example for them. He was the first Governor of the Southaven Lodge of the Loyal Order of Moose and attained his Pilgrim Degree which is the highest honor given by the organization. He recently received his 50-year service pin from the Loyal Order of Moose. Visitation will be Wednesday, September 25, from 5:00 pm to 7:00 pm at Twin Oaks Funeral Home, 290 Goodman Rd. E., Southaven, MS. Funeral service will be at 2:00 pm, Thursday, September 26. Interment will follow at Barton Cemetery, Barton, MS. He was preceded in death by his only son, Charles Michael (Mike) Thomas; his parents, Eugene Lamar Thomas and Ellen Vashti Thomas; and his brothers, George Lamar Thomas, and Joseph Gene Thomas. He is survived by his wife of 35 years, Alaunda Hart Thomas, his daughters Sherri Thomas Davis (Larry) and Kathy Thomas Raburn (Allen) and his children by marriage, Theresa Wright Williams, Roy Wright, Jr. (Tommie) and Arron Wright (Annette); 12 grandchildren; Jennifer, Samantha, Laura, Bryon, Kymberleigh, Kiel, Chip, Caitlin, Jonathan, Courtney, Jacob and Joseph; 21 great-grandchildren and one on the way; his sisters, Mary Thomas Suggs and Hazel Thomas Lundy; and his first wife of 32 years and mother of his children, Evelyn Bell Thomas McCammon.