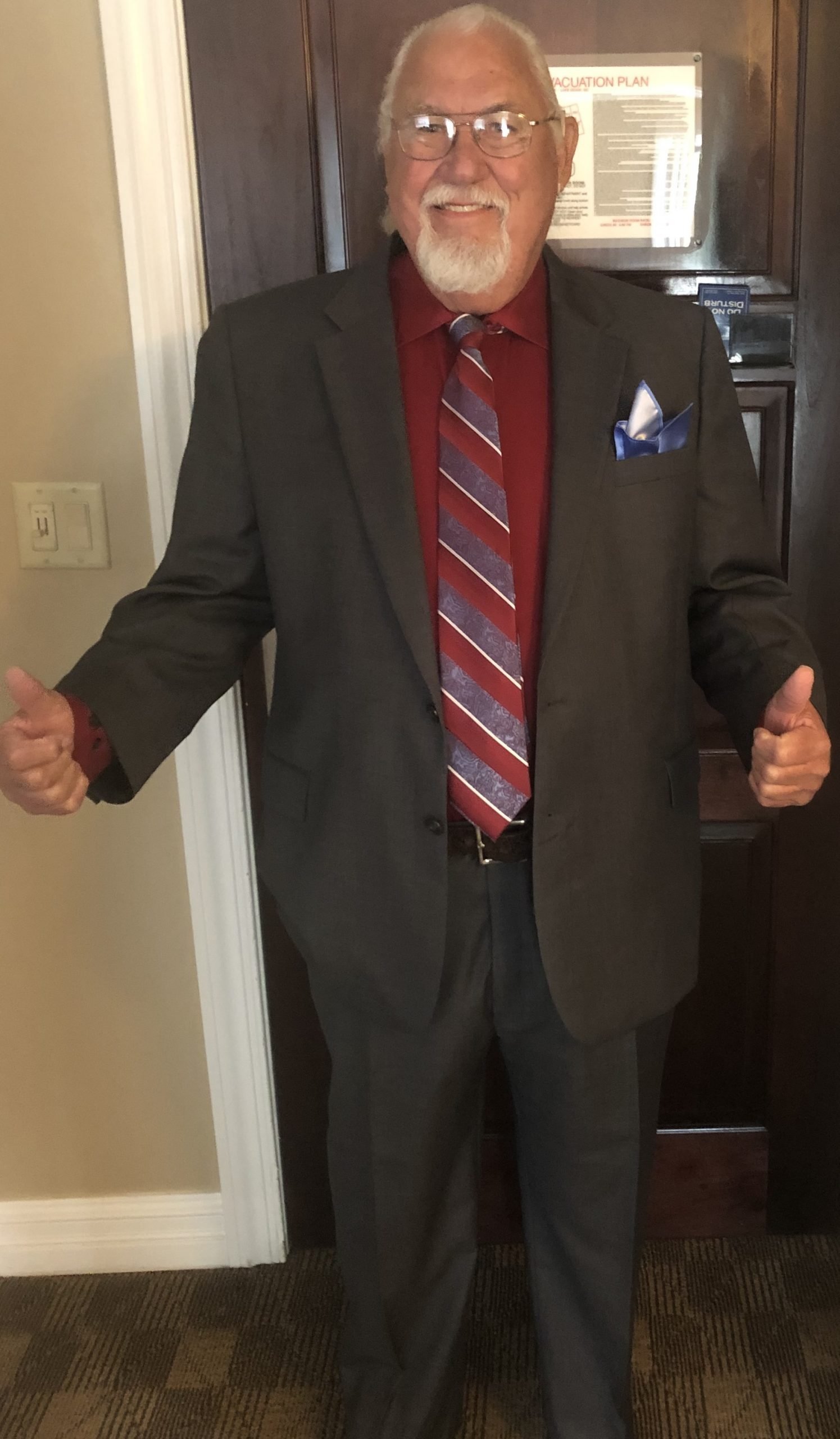 From the moment, Dearl Wayne Gilbert was born into a conservative and humble Kentucky home, anything that had wheels and ran on battery or gasoline had his absolute attention and he could fix it by ear. His teenage years brought him a fine for street racing and a goodbye to secondary education at the ninth grade. He entered the Air Force in his early adulthood during the Vietnam era. A lifelong mechanic, post USAF, he worked for FedEx and retired after twenty-three years. He married/divorced/and married again. He became a widower at 74 and experienced 21st Century dating thereafter. He was the patriarch to children, grandchildren, and great grandchildren. He was proud of his roots, his family, and his patriotism.
With the establishment of his sole proprietorship, Arizona Motorsport Promotions, in 1986, his dreams and passions literally hit the road running at 100 miles an hour. From Manzanita Speedway in Phoenix to Las Vegas Motor Speedway to Texas Motor Speedway to Tri-State Speedway in Haubstadt, IN to Duck River Speedway to the Knoxville Nationals in Iowa, and following the Lucas Oil Go-kart Shootouts, he traveled as one of the best examples of the accomplishment of the American Dream. He sold all kinds of racing memorabilia from shirts to stickers, papers to hats, and tchotchkes. He loved selling collectible model cars-especially after he had obtained the driver’s signature upon them. Before anyone could smell the onset of racetrack ground ozone, there was the man in a truck pulling a red or white trailer with a quick set up of tables of collectibles and racks of clothing. He was as a familiar sight as concessions and checkered flags.
No matter how tired he got, or when the nerve deafness of genetics and occupational hazard took over, or when he continued having birthdays and outlived some of his harshest critics, he carried on to the next race, the next trade show, the next road trip adventure. He was able to see 49 of the 50 states (sorry, Hawaii, if an interstate to get there existed he would have definitely traversed). He occasionally slipped a few stops into his schedule, he visited his grandchildren and great grandchildren, researched his genealogy and connected with family previously unknown, touched Lincoln’s nose, stood at a corner in Winslow, got to see the Ark, experienced the difference between New Mexico and Kentucky caverns, saw the Pacific one week and the Atlantic the next, fought the wind in South Dakota, and viewed the grandeur of Niagara Falls. 2021 brought him more adventure, an 80th birthday, and a sudden departure after driving over 5000 miles the days prior.
Dearl was a man who defied the odds, was proud of his progeny, and loved the United States of America. May his legend be eternal.