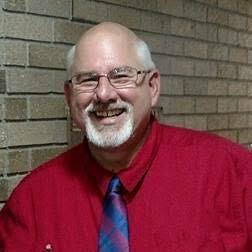 Mr. Dennis Edward Beyerlein, 61, of Horn Lake, MS passed away Wednesday, May 2, 2018 at Baptist Memorial Hospital-Memphis, located in Memphis, TN. He held many positions while working for Guardian Fiberglass, where he was employed for thirty plus years. For the past two years, he was employed at Stella Jones as an administrative assistant. He had an extremely strong work ethic and took pride in the work he did. Mr. Beyerlein was an absolute die hard Ole Miss football fan. He enjoyed fishing and camping, as well as watching old westerns and television shows and playing cards with family and friends. His faith was extremely important to him and he stayed true to his morals and religion. Mr. Beyerlein never met a stranger and loved every person he came into contact with. First and foremost, he was a family man whom cherished and adored his wife above all else. He loved his family, and especially his granddaughters or the “grand girls” as he called them. He was a proud pawpaw and was definitely their biggest cheerleader with anything and everything they were involved in. Mr. Beyerlein had a remarkable singing voice and when his daughters were younger, he would always sing “Rise and Shine” to them in the mornings when they had friends spend the night. He showed his daughters the definition of how a husband should treat his wife and taught his son how to be that husband. Regardless of the situation, he stood by and supported his family and their decisions. Mr. Beyerlein left his impact on this world and will be remembered for his big hugs, contagious laugh, and infectious smile. His legacy will continue to live on through the many memories he made with family and friends.

In lieu of flowers, the family asks that donations and memorials in honor of Mr. Dennis Edward Beyerlein, be made to St. Jude Children’s Research Hospital (501 St Jude Place; Memphis, TN 38105).