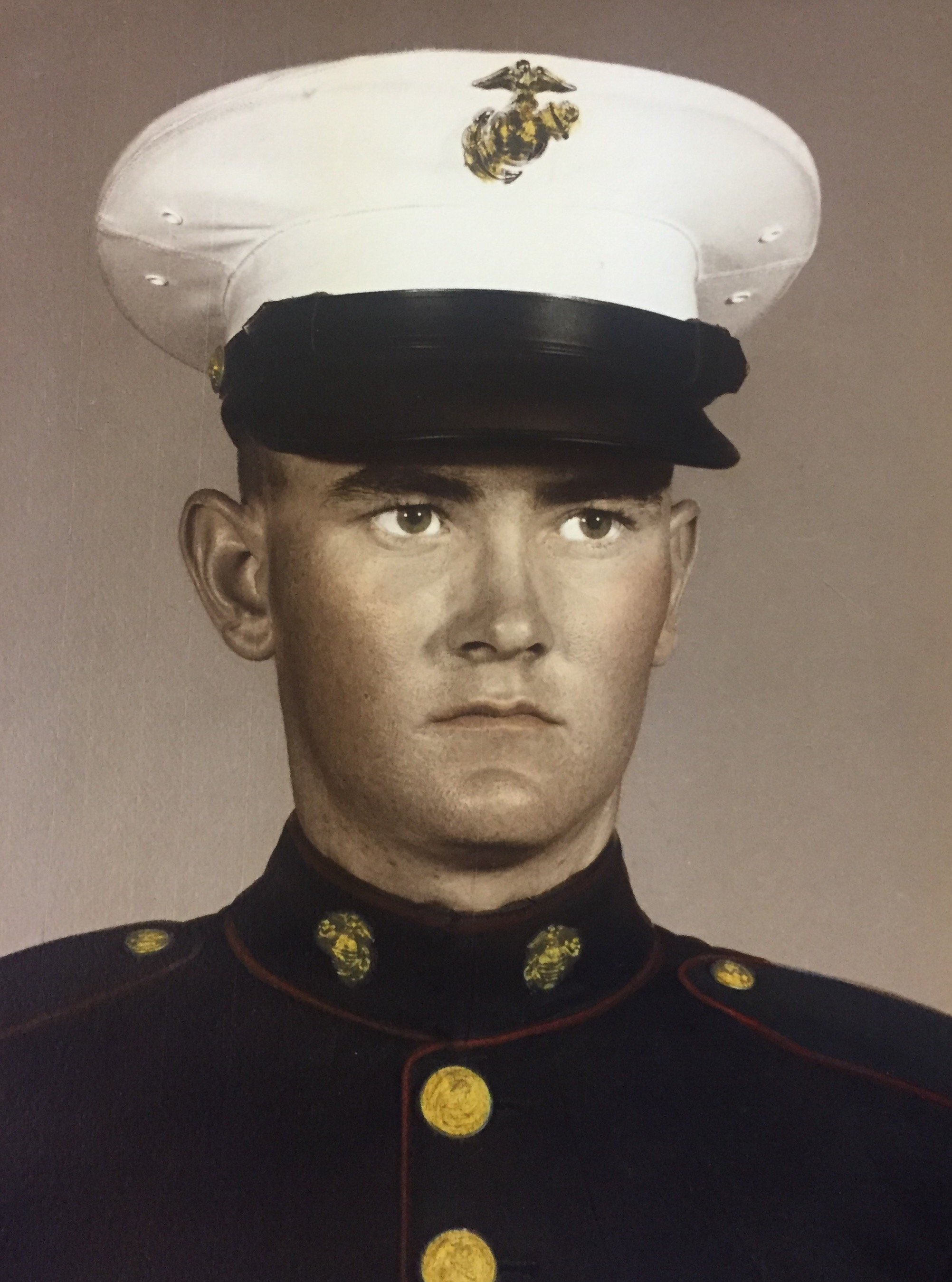 Buel Grady Johnson Jr. of Horn Lake, MS was born December 7, 1949 and passed away May 24, 2017.  Mr. Johnson, “Grady,” was a Veteran of the US Marine Corps, serving his country from 1969-1972, where he fought in the Vietnam War.  He spent a majority of his career thereafter as a printer, working for Dixico Inc. for 20 years, and Bryce Inc. when the company was sold. Thereafter, he was employed by Sharp Inc., then Jimco Lamps in his later years.  He was a hard worker and a family man.   He married the love of his life, Stephanie Lynne, on May 21, 1988.  Death parted the two too soon in July of 2009.  Grady was a simple man of simple life pleasures. He enjoyed quality time with his family, both immediate and extended.  He loved to read immensely. He couldn’t possibly own more books! Grady’s other hobbies included fishing, small wood-crafting, vegetable gardening, gun-collecting and knife-making (although he wasn’t a hunter), watching old westerns, and listening to music that we would all consider “oldies.” He was a big college football fan.  He loved his Tennessee Vols!

He loved drawing cartoons and comics and writing funny poems and limericks, usually to make others laugh.   He had a big heart and an infectious sense of humor.  He spent the last of his years picking up his granddaughter Lorelei from school, daily.  This was a highlight for him and created what was one of the strongest bonds of his final chapter.  He leaves behind his children, Trey Bloom of Memphis and Brittany Leach and her husband Chris, both of Horn Lake; grandchildren, Lorelei, Adelaide, Shawn, Elliot, and Shelby; his brothers, Doug, Phillip, and Edward; and sister Belinda; as well as many cousins, nieces, and nephews.  He was preceded in death by his wife, Lynne; his mother, Dorothy Johnson; great-aunt, Evelyn Sumrall; and brother, Michael.  Visitation will be Saturday, June 3, 2017 from 1 p.m. until the service begins at 3 p.m. at Twin Oaks Funeral Home in Southaven.  Burial will follow in Twin Oaks Memorial Gardens in Southaven.