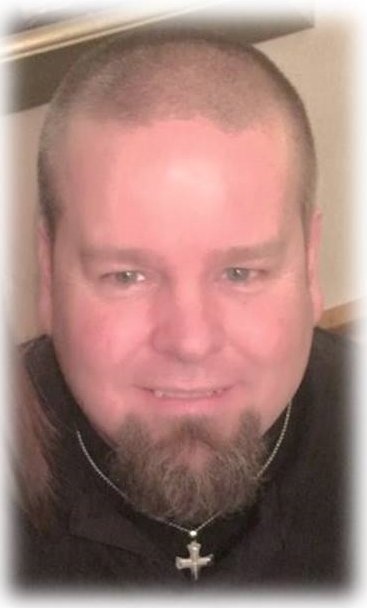 Jason Ray Hawkins, 44, of Horn Lake, MS, began his eternal life in Heaven on Saturday, September 17, 2016. He is survived by his wife and best friend, Christi Whitsell Hawkins, children Ana-Katherine (15), Jacob Ray (11), Bradyn Trace (10) and William Tripp (5), parents Billy Ray and Katherine Jane Hawkins, brother Jeff Laster, nieces Stephanie Laster Robyn and Brittany Laster Ables, great-nephews Landon Culp and Hunter Ables, great-niece Madison Ables, in-laws Danny & Sherry Whitsell, and life-long best friend Shaunda Tubbs Crockett, as well as numerous beloved aunts, uncles, cousins and friends. He was preceded in death by his paternal grandparents Chester and Gladys Smith Hawkins and his maternal grandparents Luther and Velma Hardy Tutor. Jason was born in Clarksdale, MS on February 13, 1972. His family moved to Southaven, MS in 1980, where he acquired many cherished friendships through the years living in Desoto County as well as much time spent in the Pontotoc, MS area with family and friends. Jason was currently employed as Superintendent of River Pointe Electric, owned by his dear friends Jody & Lanette Vinson. He was an electrician and craftsman in the north MS and Memphis, TN areas for the last 24 years. Jason had the biggest heart and a larger-than-life personality. He never met a stranger. He showed love to his family and friends with all of his being, through his infectious smile and big bear hugs. He touched so many lives in his time here on earth, and planted the seeds of faith, hope and love in his four children to carry on his legacy. We are comforted in knowing that Jason was welcomed with open arms by his family and friends who were there to greet him when he crossed over. We know that he and his good friend Brandy McCann Gibson are cutting up and making everyone laugh, and are watching over us. Visitation will be held Wednesday, September 21 from  6:00 until 8:00 p.m. and a pre-service visitation on Thursday, September 22 at 10:00 a.m., followed by a Celebration of Life at 11:00 a.m. Visitation and services will be held at Twin Oaks Memorial Gardens and Funeral Home, 290 Goodman Road East, Southaven, MS. (662) 349-9720