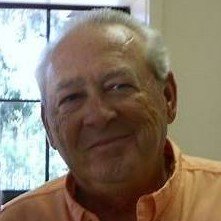 Mr. Johnny L. Walker, 71, of Southaven, MS, passed away Monday, April 9, 2018 at his residence in Southaven. Mr. Walker worked in the paper industry from the time he turned eighteen until his retirement in 2008. He absolutely loved his job and was hardworking, having worked his way into the position of plant manager. He was stubborn, hardheaded, and strong willed, but those were some of his best qualities. Mr. Walker was grounded and set in his ways. If there was a will there was a way, and you could be sure it would be done his way. He was a man of few words and didn’t have time for small talk. He enjoyed his Saturday night poker get togethers that were hosted in his home. Mr. Walker loved to hunt with his friends at the hunting club and fish, especially during fishing tournaments. Above all else, he was a family man. He loved his wife, daughter, and grandsons without measure. He loved taking his grandsons fishing and teaching them how to shoot bb guns. Mr. Walker truly enjoyed showing off his grandsons and how well mannered and behaved they were. He was extremely proud of his daughter and son-in-law, for how they raised his grandsons and the upbringing they had received. Mr. Walker’s legacy will continue to live on through the many memories he made with his friends and family.

Mr. Walker leaves behind his loving wife of forty-seven years, Jeanne Britt Walker of Southaven; one daughter, Jana Walker Underwood and her husband, Tim of Southaven; two brothers, James Walker and his wife, Gail of Kingsland, GA, and Randy Walker and his wife, Louise of Waycross, GA; two sisters, Julia Bargeron and her husband, Ben of Lakeland, GA, and Jereen Khlem of Jacksonville, FL; two grandsons, Daniel James Underwood and Griffin Clark Underwood both of Southaven. Mr. Walker also leaves behind a host of loving nieces and nephews.

He was preceded in death by his parents, James Russell and Eva Mae Walker; one sister, Jackie Walker; two brothers-in-law, Lamar Walker and Bill Khlem.

In lieu of flowers, the family asks that donations and memorials in honor of Mr. Johnny L. Walker, be made to Twentieth Century Club (4011 Maryland Ave; Little Rock, AR 72204).

There are no funeral services planned for Mr. Johnny L. Walker at this time.