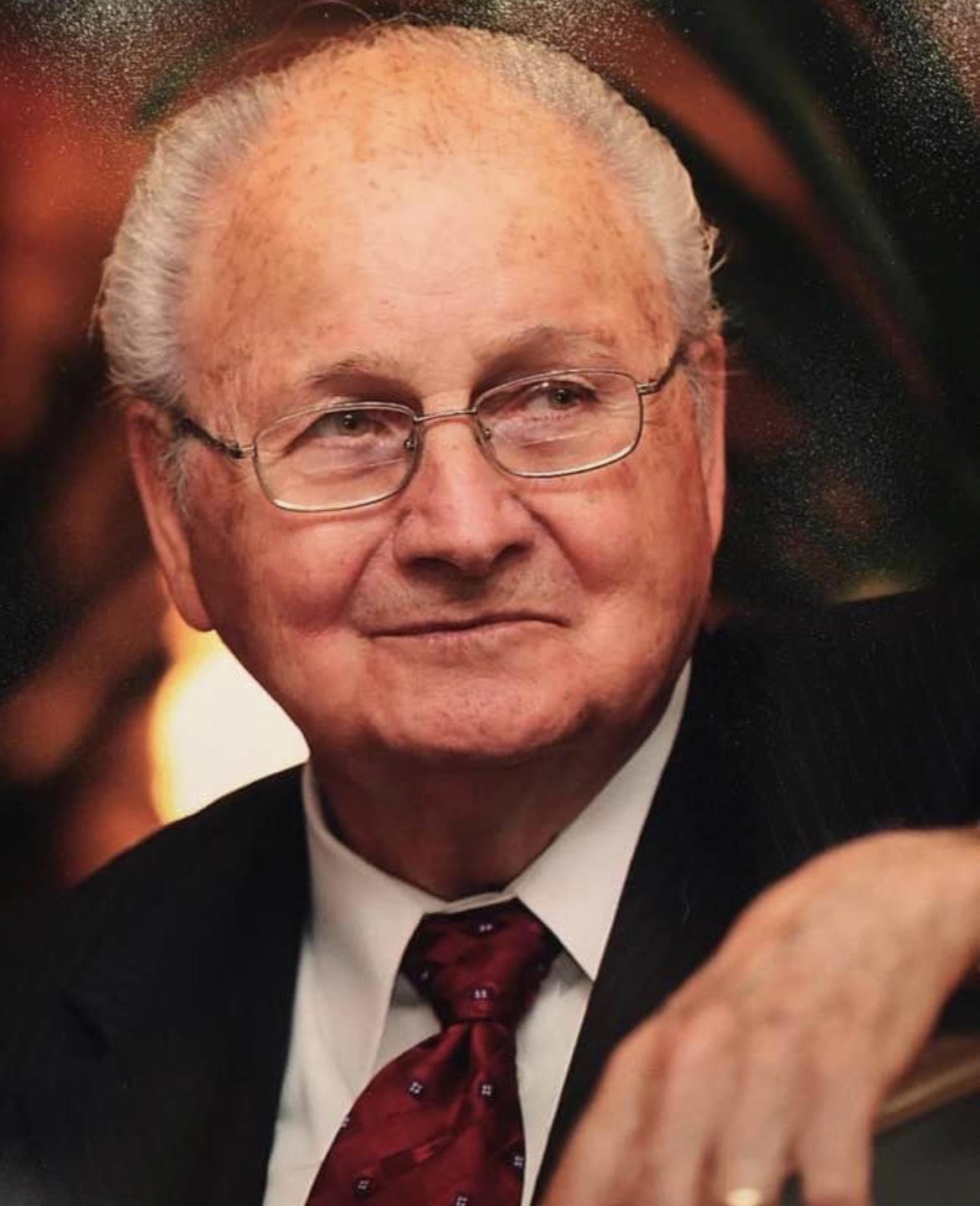 Joe Oliver, (Joseph Gwin) met his Lord on Tuesday, September 20, 2022.  He was born on January 18, 1930 in Hattiesburg, Mississippi. The second of five children, his family relocated to Senatobia, Mississippi in 1938. He worked on the family farm planting peas and corn and nurturing an array of animals. (Perhaps this is where he began his lifelong love of the family pets our mom collected!)

Joe attended Senatobia High School and was a fierce competitor in athletics lettering in football, baseball, and basketball. He served as captain and played quarterback and lettered one year in football at Northwest Junior college.

He had an insatiable thirst for learning and completed 13 years of primary school making straight A’s.

Joe met his wife, Martha Dean, in the summer of 1949 at Maywood swimming pool. He was enlisted in the Army and often reminded us he served ‘one year, seven months, and three days. He was so smitten with our mom, he drove 435 miles (7.25 hours) from Fort Benning, Georgia to Hernando, Mississippi 12 straight weekends to be with his fiancé.  These were the days of no power steering, no AC, and before interstates.  He would leave on Saturday mornings and return late Sunday nights. Their love affair lasted one day short of 70 years. Together, they taught us about devotion and they adored and respected one another. We are blessed to be a witness to a love like theirs. Mom repeatedly reminded us, “I married four days out of high school!” Daddy was the backbone of our family and Momma was the ‘super’ glue. Together, they made love the center of our home and faith in God its cornerstone.

Married with their firstborn on the way, Daddy enrolled in the School of Pharmacy at Ole Miss in 1952. He graduated with the highest academic honor receiving the coveted Taylor Medal. He also was awarded the Lehn & Fink Medal presented for his academic achievement and commitment to the Advancement of Pharmaceutical Science.  Upon graduation, he accepted a position in Grenada, Ms. working for Lowrey Dyre at The Corner Drug and the Prescription Shop. This bond created a friendship that endured 40 years. In 1960, Daddy had an offer to purchase an independent Rexall store in Whitehaven, Tennessee. He relocated his family and opened Oliver Drugs. In 1968, he opened a second store in Southaven, Ms. This was a ‘family’ affair operation. Momma could be found behind the soda fountain cooking the best burgers, Daddy was behind the prescription counter, and the three kids were often waiting on customers, cleaning shelving, unpacking comic books, refilling the treasured hot nut machine, and driving the Oliver Drugs jeep making home deliveries. Sixty-plus years later, Oliver Drugs remains one of the oldest independent pharmacies in Mississippi.

Our father set an example in the way he loved and the way he lived. He could change a life just by being part of it. He was a member of Whitehaven Presbyterian Church for over 40 years and served faithfully as an Elder and member of the Diaconate. Our parents later joined Getwell Church in Southaven, Mississippi and they attended every Sunday morning along with Wednesday night functions.

Daddy lived a life worthy of praise teaching his children and grandchildren that the way of the spirit is love, patience, generosity, and compassion. One could always see the life of Christ in our father. His dedication to our family and how tirelessly he worked for our goodwill is forever praiseworthy. Generations will carry his heritage with them and we learned from our father that self-discipline is part of the way to love God. Daddy taught us by his example life isn’t about raising ‘happy’ children. It is about raising ‘holy’ children.

Joe is survived by his three children, Steve (Andrea), JoAnne (Gary Wright), and Anita (Scott Drury). He is also survived by his youngest brother, Paul Oliver, and countless nieces and nephews. His greatest legacy will be left with his 11 grandchildren and seven great-grandchildren. He is preceded in death by his wife, Martha Dean, his parents, his sister, Wilma Jean, his brothers James and WE, and his precious great-granddaughter, Tinsley Rose Oliver.

St. Jude Children’s Hospital
Or a charity of your choice