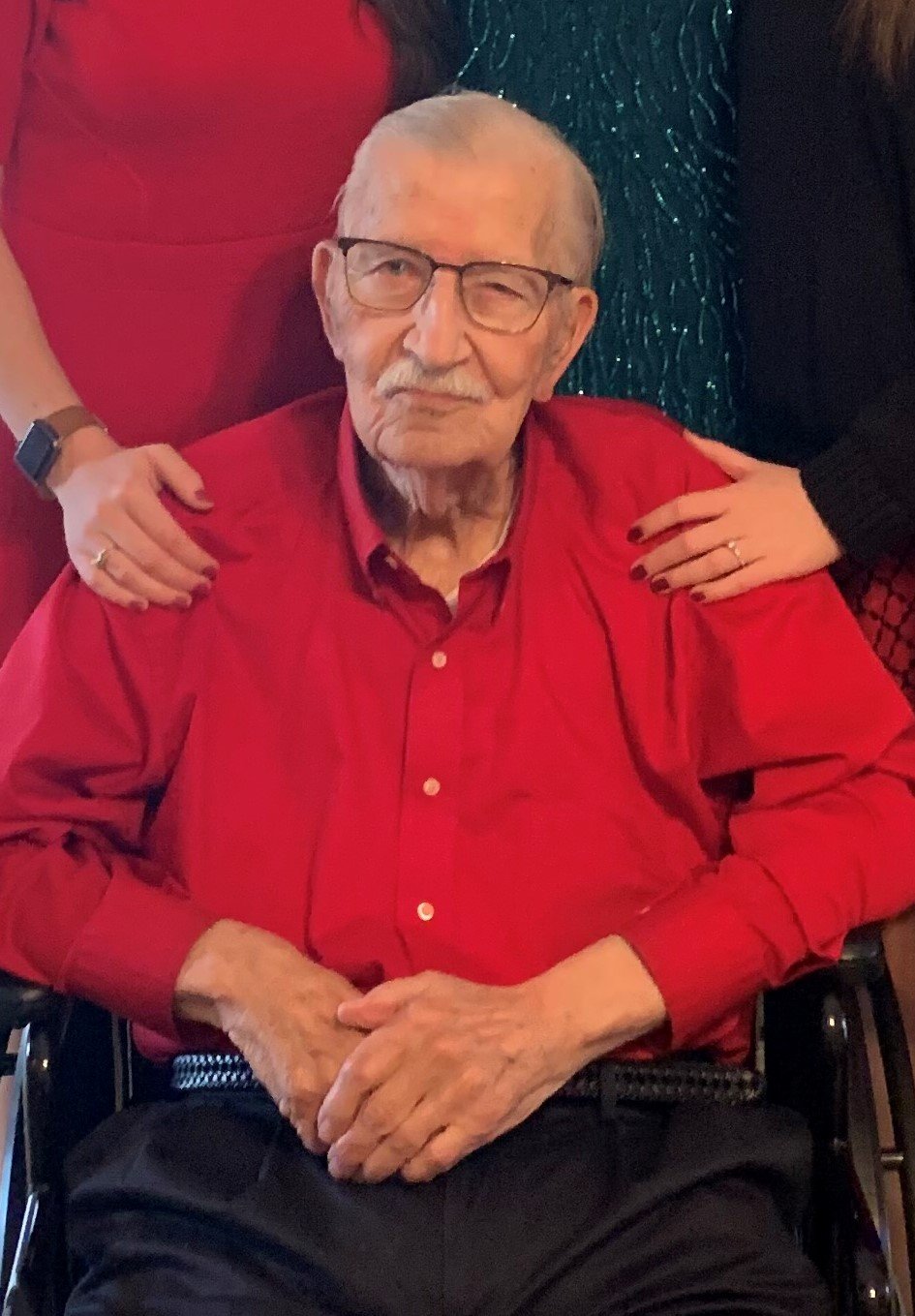 Louis Haskell Davis, 89, passed away in his home on August 23, 2021 in Southaven, Mississippi. Family will be receiving friends on Thursday, August 26, 2021 from 11:00 a.m. to 12:00 p.m. at Carriage Hill Baptist Church with the service immediately following. Interment will be held at Twin Oaks Memorial Gardens August 26, 2021. Twin Oaks Funeral Home is entrusted with arrangements.

Louis left high school to serve active duty in the 780th field artillery battalion in the U.S. Army in the  Korean Conflict (1949-1951). He was a gunner, a forward observer and, when his typing speed was  discovered by his commanding officer, he was moved into the fire direction center. Upon his honorable  discharge he completed his high school education while simultaneously enrolled at Perkinston Junior  College. He earned his bachelor’s degree in 1956 from the University of Southern Mississippi (“USM”).

While a student at USM, Louis met fellow student Carol Ann Holt from Blytheville, AR. The two were  married in 1956 and settled in the Memphis area. In Southaven Louis was a charter member of Carriage  Hills Baptist Church and a member and officer of Southaven Jaycees and Southaven Lions Club when  that group established the Southaven Springfest carnival. Louis enjoyed a career owning his own  electrical sales agency and later as a real property title abstractor for law firms in Mississippi.

Louis was born again at about the age of six when his mother led him to saving faith in Jesus Christ.  Louis loved the Lord Jesus, loved God, loved his wife, loved God’s Word, loved people, had a burden for  souls, and loved the church. He was faithful to these interests all of his life. He participated in choir,  playing the guitar and harmonica. He enjoyed good clean joking and was resiliently joyful to the very end.

Family will be receiving friends on Thursday, August 26, 2021 from 11:00 a.m. to 12:00 p.m. at Carriage Hill Baptist Church with the service immediately following. Interment will be held at Twin Oaks Memorial Gardens August 26, 2021.