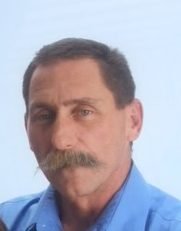 Mr. Mark Christian Bailey, 59, of Memphis, TN, passed away Tuesday, March 20, 2018 at St. Francis Hospital, located in Memphis. Mr. Bailey was a foreman in the construction industry most of his adult life. He took pride in his work and career and was extremely hardworking. According to his family, Mr. Bailey was a fun-loving, entertaining individual. He was spontaneous and unpredictable. Whenever you were around him, you could always count on having fun and were never bored while in his presence. He loved to talk and was always telling stories. Mr. Bailey was very intelligent and knew unique facts about many different subjects and topics. He loved nature and would often collect fossils and rocks. He was fearless and his love of traveling was evident by the many different destinations he visited, which included Japan, the Marshall Islands, and Iraq. However, his favorite place to visit was Florida, where he could take in the view of the ocean and beaches. Mr. Bailey loved all animals, including snakes, and enjoyed riding motorcycles throughout the countryside. You would most often see him dressed in his cowboy hat and boots wherever he went. Mr. Bailey’s memory will forever be cherished by his family and friends whom he shared his life with.

He was preceded in death by his grandparents, Chester and Lucille Bailey, Allen McIntosh, and Mary McIntosh.