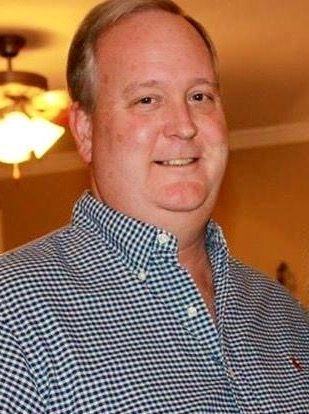 Mark Randall “Randy” Averesch, 59, passed away Saturday, August 5, 2017 at his home in Southaven, MS, from complications following a recent surgery.  He was born June 25, 1958 to Mary Margaret Frueh Averesch and Vincent B. Averesch of Lima, OH.  He was a graduate of Lima Central Catholic High School class of 1976 and earned a BS degree from Walsh College in North Canton, OH.

His career path in accounting landed him in the Memphis, TN area, where he was the controller at The Pallet Factory, a family owned business where he established many friends that were like a second family to him.  Randy loved to golf, followed both the Ohio State Buckeyes and the Ole Miss Rebels, and especially enjoyed his time spent with family and friends at Indian Lake, OH.  Randy had a special gift of humor, loved to make people laugh, and he had a nickname for everyone.  Everyone who met him loved him.

Visitation will be Thursday, August 10, 2017 from 1 p.m. until the memorial service begins at 2 p.m. at Twin Oaks Funeral Home in Southaven.  Inurnment will follow in Twin Oaks Memorial Gardens in Southaven.

In lieu of flowers, the family requests that memorials be made to The Randy Averesch Memorial Fund, that was established for his granddaughters, at Wells Fargo, 485 Goodman Road East, Southaven, MS 38671.