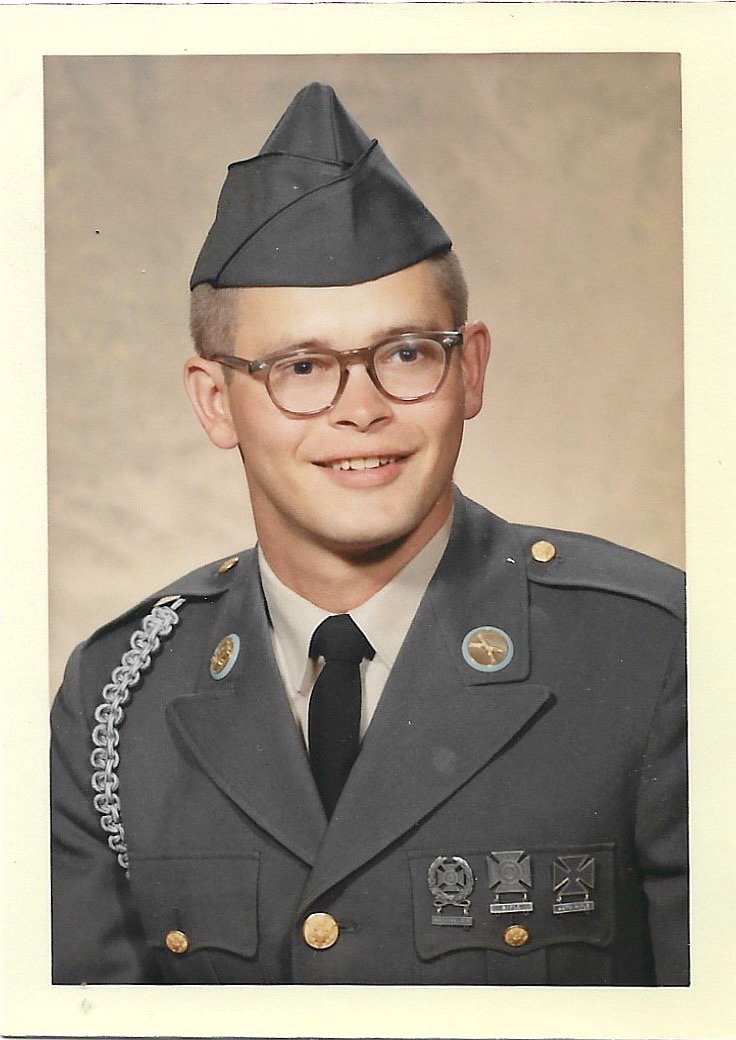 Marshall G. Rodenberg, age 77, of Southaven, Mississippi, died Monday, October 3, 2021, after a short bout with Covid.  Visitation will be from 10am to 11am on Monday, October 18 at Citygate Community Church, 7140 Getwell Rd, Southaven, MS.  The funeral will follow at 11am to 12pm, followed by a meal at the church.  In lieu of flowers, the family suggests memorial contributions be made to Marshall Rodenberg Memorial Fund for the Chiang Rai Children c/o Cornerstone Church – https://pushpay.com/g/cornerstonesouthaven for donations.

Marshall was born December 20, 1943, in Scott City, KS to Marian and Lester Rodenberg. He grew up on a wheat farm and started school at an early age (too early) in a two-room rural school in Manning, KS.  His dad spent many evenings trying to help him read and spell CAT to no avail.  He flunked 1st grade as he saw no reason to spell CAT or read.  Still having trouble reading in 3rd grade, he wanted a chemistry set for Christmas, not a baking soda volcano like today, but one with 40 bottles of chemicals, beakers, graduated cylinders, flasks, a Bunsen burner, and instructions that would be a good start for an Al-Qaeda bomb maker.  His mom told him that he wouldn’t be able to do anything because he couldn’t read the instructions.  However, they got the chemistry set anyway!  He taught himself to read in a month and moved from the bottom of the class to the top, not too hard, there were only four boys in the class!

That’s the way he was “all or nothing”.  He was a pretty good magician, a licensed ham radio operator (K0MOR) by 7th grade and an Eagle Scout by early high school.  He graduated from Scott Community High School in 1962.

He attended the University of Colorado and Fort Hays State University before joining the Army; serving two years on the Korean DMZ during the Vietnam War.

He said the only good thing about his service was finding Chong, the love of his life.  He married her in Korea and after months of wrangling with the Army, the US government and help from Senator Bob Dole, he got Chong into the US so they could start their new life together.

After several jobs in Kansas, he got a job with the IRS in Washington, DC.  After several years in DC, they were transferred to Memphis, TN.  There his life changed dramatically.   Through Chong’s work with an adoption agency, Marshall and Chong welcomed Matthew from Korea to their family.

After retirement from the IRS, Marshall’s priorities in life changed.  He started taking politics and Jesus seriously!  He changed from a passive Christian to an active Christian.  He supported his church with work, prayer, and donations.

He went on mission trips to Kenya, Nicaragua, two times to Haiti with the Convoy of Hope organization, and numerous trips to Thailand to the Chiang Rai Children’s Home.  He also was active in Kairos Prison Ministry International, Discipleship Walk and Ride for Him, Urban Bicycle Food Ministry, and Heartland Hands Food Pantry.  Recently Marshall, Chong and Matthew enjoyed a trip to Korea to visit Chong’s relatives.

Marshall was one of a kind and everyone had a Marshall Story to tell because “We loved us some Marshall”.

Visitation will be from 10am to 11am on Monday, October 18 at Citygate Community Church, 7140 Getwell Rd, Southaven, MS.  The funeral will follow at 11am to 12pm, followed by a meal at the church.