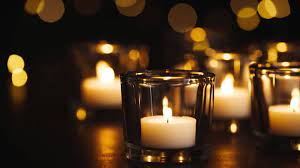 Derek was born in Clarksdale, Mississippi, to Samuel and Frances Huggins on December 10, 1961. As the youngest child in the family, Derek learned how to turn on the charm at a young age. He was gifted at making others smile with his quick wit and upbeat personality. He continued to make others laugh even as he struggled in the hospital during his final days.

Derek attended Millington Central High School and then spent much of his career as an independent contractor. He was athletic and adventurous, having natural talent in sports like baseball and water skiing. He enjoyed watching NASCAR races and was an enthusiastic fan of Dale Earnhardt, Sr.

Time spent with his children, friends, and family brought him joy. Derek found peace through prayer and confidently assured those he knew that if he were absent from his earthly body that he would be present with the Lord.

In lieu of flowers the family requests that donations be made in his name to St. Jude Children’s Research Hospital at www.stjude.org/give/memorials-and-dedications.